Will I ever stop writing about Facebook? Probably, but it will be far in the future, when we’ve all been released from its clingy grasp and are free to focus on other concerns, like keeping up with the 37th season of The Bachelorette, or the fact that the planet is on its death bed and everyone in charge is like, “Okay, but I have a very large boat, and any issue threatening that simply cannot be a priority.” 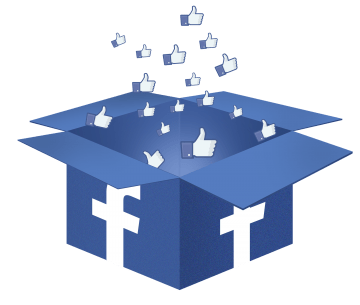 Today’s topic is when people say, “Facebook is over, you guys. It’s a dying platform. Nobody even uses it anymore. These days, the youth can barely tear their eyes away from Snapchat for long enough to do whippets.”

Wow. Whippets? That is not a contemporary reference, Brittany. Get it together. The point is, every few months or so, you’ll hear about how Facebook is allegedly struggling in terms of reach, popularity, helping foreign governments swing elections so an illiterate human garbage fire can ruin all our lives, etc.

On a more personal note, you probably see the occasional Facebook friend post a long-winded status about how they’re “taking a break” from the platform due to reasons nobody cares about, only to come crawling back like three days later because they took a selfie that they just know will make their ex regret everything that went down. Can people stop doing that? If you’re leaving Facebook, it’s okay to just go. There’s no need for a farewell address. Also, Todd is not going to come back just because you took advantage of the flattering lighting in the bathroom at The Cheesecake Factory. We all look incredible in there.

Anyway, people are fond of saying that Facebook is on its way out. However, like the guy I dated between 2011 and 2012 whom I’m now convinced was Satan himself inhabiting the body of a mediocre-looking-at-best dude constantly ordering a side of ranch dressing, these people are liars. (Listen, I was young. Was he a walking red flag? Yes. But he was also tall, and that can be very confusing for me.)

In reality, Facebook remains the strongest channel in terms of reaching your market, building customer trust, and finding out that guy blocked you after you broke up with him even though he was the one who—You know what? It doesn’t matter. I am at peace. Let’s move on.

Facebook is, in fact, alive and well. According to Hootsuite, though YouTube recently replaced Facebook as the most-visited website globally, this is largely due to the popularity of Facebook’s mobile app, which diminishes website visits. This popularity goes for the platform’s Messenger app as well, which is in no danger of losing users. I mean, have you seen those face filters? You can be a mouse who wears glasses! Truly, this is the bright future the Industrial Revolution promised. Also, an insane 68% of Americans use Facebook, so when it comes to reaching a broad audience, this platform is still definitely the go-to. (Just for the sake of depressing comparison, less than 60% of eligible voters went to the polls in the 2016 election. But like I said, a mouse with glasses! Everything’s fine!)

Another popular opinion is that Facebook is really only useful for marking to an older crowd. However, 35% of Facebook’s marketing audience is under 25 years old, so there’s still plenty of opportunity to market your products and services to the young people. (Again, whippets?)

In conclusion, people from college you never got around to unfriending can take thoughtful social media hiatuses all they want. With more than two billion monthly active users and around a billion and a half daily active users, Facebook is definitely still doing something right, so keep up your marketing strategies. They’ll be back.

By the way, numbers from Facebook’s 2018 fourth quarter are due to be released on January 30th, when it’s possible I will be proven extraordinarily wrong. I’ll keep you posted.