If you’ve noticed a recent decline in engagement on your Instagram profile, you’re not alone. The platform’s algorithm has undergone several changes over the last year or so, and as a result, many users are seeing a significant drop in likes and comments on their posts.

In what is perhaps one of the most significant changes, Instagram has done away with its chronological algorithm, which used to organize your feed based on which accounts had posted most recently. If your cousin shared a photo of her new baby just two minutes ago, that shot was waiting at the top of your feed when you opened the app. Makes sense, right? 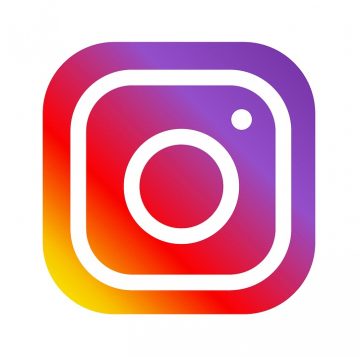 But that all changed when Instagram replaced the chronological layout with an engagement-based algorithm that is similar to Facebook’s algorithm, which is understandable given that Facebook owns Instagram. Now, the posts getting the most attention are given the most visibility on your feed. If your cousin’s baby isn’t pulling in as many likes as your brother-in-law’s dog, the dog gets top billing, even if the baby photo is more recent. Furthermore, if you tend to like your brother-in-law’s photos more often than you like your cousin’s, Instagram will take the lead and show you your brother-in-law’s posts more often. The accounts we engage with most are now the accounts we see most; as this article explains, “Instagram relies on this metric to assess if our account is valuable or not. If a lot of people like our post, Instagram will show it to more people.” If you don’t want to get lost in a mass of content, your account needs to be valuable.

Unsurprisingly, many are unhappy with this new algorithm, especially business owners who rely on Instagram to connect with existing and potential clients. To thrive on this platform, your content now has to garner engagement almost immediately to avoid being shoved to the back of the line. In fact, your followers may not see your carefully curated content at all if their feed is full of posts that have attracted more likes and comments than yours.

As if this weren’t annoying enough, there’s another force at work that may be contributing to your engagement drop-off: the Instagram shadowban, a mysterious effect that the platform hasn’t officially commented on but has been discovered by many an Instagram user trying to understand why their likes are disappearing. It turns out that if your activity on Instagram seems too spam-y, your account can be shadowbanned, meaning your posts will no longer be visible to those who don’t already follow you. There’s apparently no fixed length on a shadowban, and Instagram will not alert you if you become the victim of one. Those trying to get to the bottom of this feature have deduced that shadowbans are tied to hashtags. If you employ overused hashtags in your posts, the kind that a bot would likely tack on to the end of a caption for maximum visibility, Instagram may shadowban you. There are a number of banned or blocked hashtags that, if added to your posts, can result in a ban. Using the same hashtags repeatedly can also get you blacklisted.

This Later piece goes into helpful detail on this: “On Instagram, a shadowban hides your Instagram posts from users who don’t follow you, which can be detrimental to growing your account and getting more followers. More specifically, if you get shadowbanned on Instagram and use hashtags in your post, only you and your current followers will see your post when they search for the hashtags you used. If someone who doesn’t follow your account searches for one of those hashtags, they won’t be able to see your post! Which basically defeats the whole purpose of using strategic hashtags to grow your Instagram community.”

So, as a business owner who knows the importance of social media engagement, how can you navigate this Instagram minefield?

First and foremost, choose your hashtags wisely. Avoid using the same tags in several posts, and check to see if any of your frequent hashtags have been banned by the platform (you can do this by searching for the hashtag; if it’s been banned, the search won’t be allowed).

Secondly, don’t use bots to update your account. Software exists that will automatically like and comment on posts for you, but the shadowban method appears to be designed for seeking out and stopping bot-esque behavior.

Thirdly, use the Instagram Story feature to your advantage. Since Stories appear at the top of the Instagram feed, they get a lot of engagement, and because Story content can be changed and updated on a daily basis, it’s often more interesting to your followers than traditional posts. You can use your Story to give your followers an inside look into your business, lend a more personal vibe to your professional presence, and direct your followers to your posts (as in, “Have you checked out our latest photo?”).

Finally, maintain consistency when it comes to your Instagram activity. If you let a week go by without posting anything or engaging with other accounts, you’ll be far less likely to benefit from the engagement-based algorithm. The Preview App allows you to pre-plan your Instagram feed, scheduling posts ahead of time so you won’t be punished for inconsistent activity. The app also provides analytics and hasthag info to help you maximize visibility.

Now that you know what’s going on (for the most part), you can see if you’ve been shadowbanned here. If you have, there’s not much you can do apart from ceasing banned activity and waiting it out. If you haven’t, post carefully, and may the finicky Instagram gods continue to smile upon you.