My instincts told me to start this piece with a list of examples illustrating that the world is pretty much on fire these days, but we all know the deal, right? We’re experiencing this together! It’s like ride-sharing, but instead of ending up at a tapas bar, you lose your healthcare. Suffice it to say things have been more than a smidge unstable since a certain November day a while back. Since then, the behavior of several rampant delusional narcissists has consistently been messing with my sense of inner peace, of which I have a limited amount under the best of political circumstances. 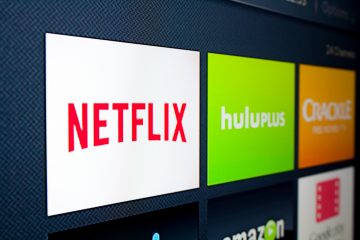 So, how to handle it? Lately, people my age have become pretty obsessed with self-care, which in theory means taking time to check in with yourself, mentally and emotionally, and prioritizing your own wellbeing over the pressure of meeting societal expectations. Do some people take this concept too far, spend an entire month’s rent on products from Lush, and consume nothing but chicken fingers and pinot noir until their closest friends intervene? Well, I wouldn’t know for sure, because that was just an example I made up and did not experience, but probably. Most people, though, use something like a cozy night in or a trendy face mask to give themselves a break from the stresses of life here in America: The Final Days.

For me and many of my Millennial pals, the coping mechanism of choice is spending some quality time with our dear friend and cheerful enabler, Netflix. And I highly recommend it. Do you know how many episodes of Friends are on Netflix? All. Of. Them. That’s roughly 82 hours of escapism, warmly beckoning me and my crumb-speckled jammies into their loving arms. Why fix my own relationships when I can work through Ross and Rachel’s journey again and suffer zero consequences, you know?

Of course, you don’t have to limit yourself to ’90s shows that are increasingly proving way more sexist in hindsight. Did you have a fight with a close friend? Grey’s Anatomy will take your mind off it, confusing your heart with its eclectic soundtrack and never-ending carousel of absurdly hot people. Are things going poorly at work? Throw on Grace and Frankie; let the wealthy white people soothe you with their carefully arranged mason jars and easily solvable problems. Did watching the news make you black out and break something valuable again? Hush, sweet angel. Relax with literally anything but House of Cards.

What I’m saying is, next time you experience an inconvenience, don’t freak out. Wait patiently until you can plant yourself in front of a screen, then ignore the hell out of the issue for 20 to 300 minutes. There’s literally no downside! As Winston Churchill once said, “Girl, ignore stuff hard enough and it will just work itself out.”