When you work in social media marketing on Cape Cod, it can be difficult to discern whether you work on the internet or vice versa. For lack of a better description of today’s digital landscape, everything is everywhere at all times, and though I support technological progress, I’m also exhausted by the sheer all of it all. 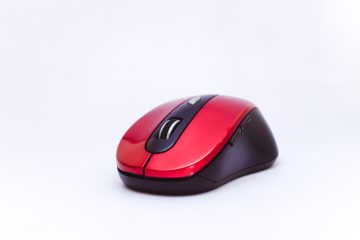 I realize it’s a little late to complain about this. The internet is old news. It used to be capitalized and treated as a proper noun, because everyone was like, “This is unprecedented and incredibly important.” But these days, it’s just a given. The online world is here to stay, at least until the grid goes down and we can finally start bartering with sticks and Beanie Babies as God intended.

In planning this piece, I realized I didn’t know the age of the internet, so I asked the internet. Tim Berners-Lee and Robert Cailliau laid the basis for the modern online world when they proposed a ‘hypertext’ system in 1989. So the concept of the “World Wide Web” is 30, and I’M STILL NOT. HA.

All that madness aside, today I want to commemorate the version of the internet that I first experienced. It was quaint. It was quirky. Across the board, websites looked terrible. You had to type “www.” at the beginning of a web address to get to said web address. Mouse pads were vehicles of self-expression, the way tattoos or unfortunate bangs are today. Technically, your cell phone could get online, but only by way of a specific button that you avoided touching like it would burn your skin off because connecting successfully cost like six thousand dollars per minute. The stakes were high.

On a computer, using the internet required waiting for a dial-up connection to be established. The accompanying screechy whale song of a modem doing whatever a modem does was not only punishing, but longer than the inevitable jam section of a Phish song.

Once you were online, it was time to check your email. If you had tech-savvy parents, your household probably had AOL. Otherwise, you used Hotmail. Both had their charms: AOL came with the iconic “You’ve got mail!” greeting, while Hotmail used some kind of dark magic to encourage you to create the clunkiest, most embarrassing address possible. Why use a variation of your own name when you could choose SparkleHorse7623254? You know?

Because I was a child, nobody had to email me about anything, which brings me to messenger programs. AIM, or AOL Instant Messenger, was a communication phenomenon the likes of which this world will never know again. More important than the actual messaging was the use of Away Messages, which served the same purpose that therapy serves today. Once you were finished chatting with your pals but wanted to keep the application open, you’d conjure up text in surface-of-the-sun yellow on a royal blue background that said something like, “i TrUsTeD yOu . . . jUsT nEeD tO bE aLoNe rIgHt nOw.” And everyone would be all, “Girl, what happened?!” and you’d come back from away to explain that Kyle was weird with you after Social Studies, and you know his parents are going through a violently contentious divorce, but you need support too!

Equally cool and sophisticated was MSN Messenger. If you didn’t use one, you used the other. I definitely had both, but now I can’t remember why that was necessary. The beauty of early messenger tools was the ability to stare at the screen name of the person you had a crush on when he or she was online. It was such a thrill to know they were . . . existing, I guess? In their own family’s computer room? That’s right: Space permitting, the computer used to have its own room.

(Sidebar: I will never forget the first time I realized the internet was not all fun and games. It was probably around 2002. Some “friend” of mine sent me a link to a game on AIM. It was a rudimentary maze, and the task was navigating it without touching its walls. Never one to back down from a challenge, I began my attempt in earnest. My sweet, angelic little brother, who had never wished pain upon anyone and was actually so cute that it almost makes me angry now to look at photos of us as kids, stood right behind me, cheering on my progress. But it turned out the maze was merely a ruse; when you’d almost reached the end, a terrifying image from The Exorcist popped onto the screen, complete with an ear-piercing scream sound effect. I was very startled. My brother was, and I do not use this world lightly, traumatized. The tears, you guys. His little face. I have underestimated you, I said to the internet that day, but never again.)

Other fun ways to spend time online back then included: blogging about Kyle on LiveJournal or Xanga; creating pixelated, oddly sexualized doll versions of yourself and your friends using Dollz Mania (at least partially responsible for an entire generation’s body dysmorphia!); attempting to build your own website on GeoCities; using MapQuest to print out driving directions for your mom; and learning some stuff about yourself through reading very important stories on FanFiction.net.

Another important tool was LimeWire, which was technically a peer-to-peer file sharing program, but for me a means to one end. I used it to download every incredible selection from the soundtrack of inimitable masterpiece A Walk to Remember. Each download took an eternity, but all I had was time. I was eleven. (That movie completely holds up, by the way. Incredibly cathartic. I strongly recommend it.)

The innocent optimism of those days couldn’t last forever. The year I entered high school, MySpace came to call. It was basically early Facebook, but with the option to have a song of your choice play on your profile, plus the all-important requirement of ranking your friends by importance, because what is life if not one big Miss America pageant? In hindsight, maybe this development was the beginning of the end.

Who feels weird now?! If you want to remember a strange but definitely simpler time, tools like oldweb.today and the Wayback Machine allow you to explore the internet as it was in its infancy. I never say no to a dose of nostalgia, but I remain grateful that my own infancy was World Wide Web-free.