The holiday season is a time for gathering with family, gaining several pounds, and arguing about the merits of Love Actually with strangers in bars. (Just me?) 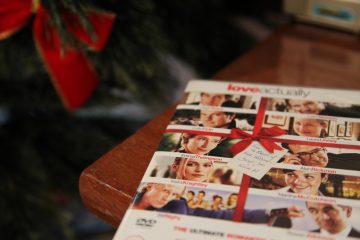 It came to my attention a few years ago that a sizeable segment of the population doesn’t like Love Actually, the 2003 Christmas masterpiece directed by Richard Curtis and starring all eleven actors the United Kingdom has. As we all know, Love Actually takes place in London at Christmastime and follows the intertwined romantic lives of several characters. It is a very popular Christmas film, but some people are like, “This movie sucks! I hate it! I’ve never felt joy, not once in all my days!”

I think we should settle this using a very pragmatic, mathematical solution: adding up pros and cons that are entirely objective and have nothing to do with my personal taste, background, or thirst for holiday affection. Cool? Cool.

The Case Against Love Actually:

The Case for Love Actually:

Well, I guess that’s settled. Fair is fair, and I remain right about everything. Happy holidays!