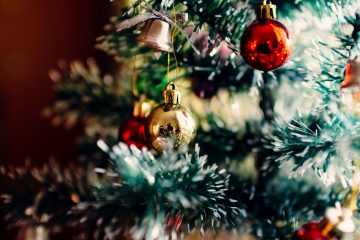 Small business owners have even more to juggle during the holiday season than the average exhausted shopper: on top of personal preparations, they’re working on year-end marketing efforts that will hopefully boost their sales before the ball drops.

If you’re one of the lucky folks in charge of both Christmas dinner and social media marketing on Cape Cod this time of year, you likely don’t have time to watch all the holiday ads that begin peppering our screens before the Halloween decorations are back in the box. But we do (ish)! And we’ve gathered some must-watch holiday commercials for you, both classic and new, along with some insight into why they’re so effective.

Argos: “The Book of Dreams”

The ad: In the British retailer’s 2019 TV spot, a family man flips through Argos’ holiday gift guide at his kitchen table. When he comes upon a drum set circled optimistically by his daughter, his home slowly morphs into a rock concert venue, with the daughter eventually joining Dad for a powerful drumming duet. All this to the tune of Simple Minds’ “Don’t You (Forget About Me).”

Why it works: At its best, the holiday season brings out the happy kid in all of us, and this ad is a reminder that childhood’s longed-for gifts are much more than material objects — they’re often symbols of who we may grow up to be. When it comes to holiday marketing, it’s hard to go wrong with nostalgia.

John Lewis & Partners: “The Boy and the Piano”

The ad: UK department store giant John Lewis & Partners hit a home run with their 2018 holiday ad by incorporating Elton John. (Incorporating Elton John can make nearly anything a home run.) As “Your Song” plays, we travel back in time through Elton’s rise to fame, beginning with modern-day Elton performing for thousands and culminating with a long-ago Christmas morning when, as a young boy, he excitedly unwrapped a piano. The ad closes with the text, “Some gifts are more than just a gift.”

Why it works: The message here is that if you buy the correct gifts, your child will one day be exceedingly famous. Just kidding! That’s only the subliminal message. For one thing, the gorgeous music in this ad immediately gets viewers into a sentimental mood. But even more important is the idea that the gifts we exchange during the holidays can still be meaningful, sometimes more meaningful than we can possibly know when we give them. This story appeals to the gift-giver we all strive to be. You could change someone’s life with the perfect present, and John Lewis & Partners is where you can find it.

The ad: A classic from 1997, this ad is short and sweet. A family of polar bears works together to drag a Christmas tree up to their preferred spot on a snowy mountain, and once their work is done, they enjoy some ice-cold Cokes.

Why it works: Apart from these digitally created polar bears being incredibly cute, this ad’s beauty is in its simplicity. The holidays are about tradition and togetherness, and what’s more traditional than America’s favorite soda?

The ad: Another throwback favorite is Campbell’s Soup’s 1996 holiday ad. A classic snowman, carrot nose and all, makes his way out of frigid weather and into a cozy home. Sitting down to a piping-hot bowl of Campbell’s chicken noodle, the snowman melts away and reveals a boy underneath, happily warmed by his meal.

Why it works: For many, the holiday season goes hand in hand with cold weather that calls for hearty food and roaring fireplaces. In just 30 seconds, Campbell’s taps into the childhood thrill of playing in the snow, and promises to warm us up when it’s time to come back in. Hard to resist, right?

The ad: You know this one. It’s now been running for 30 years! An instrumental version of “We Wish You a Merry Christmas” plays as Hershey’s Kisses stand in for bells (plus a silver-wrapped conductor).

Why it works: Hershey’s Kisses sort of look like bells. That’s it. The company took advantage of the similarity, added a classic holiday tune, and made an unforgettable ad. This is “Don’t overthink it” at its best.

The ad: A more recent addition to the holiday commercial canon, this ad for German supermarket chain Edeka went viral when it was released in 2015. An older man is spending Christmas alone; his family is caught up in their own busy lives over the holidays. So he does what anyone would do: fakes his own death so everyone will reunite. Somehow no one is traumatized, and they enjoy a holiday meal as a family. The ad closes with text reading, “Time to come home.”

Why it works: Guilt. Call someone you’re related to this instant, you monster.

Santa and the M&M’s

The ad: Can you believe it took this long to get to a commercial involving the man with the bag? Back in the 90s, the marketing people over at Mars decided to anthropomorphize everyone’s favorite colorful candy, and it worked like a charm. This 1996 ad showed the red and yellow M&M’s running into Santa Claus on Christmas Eve. “He does exist!” they exclaim before fainting in surprise. “They do exist!” cries Santa, following suit.

Why it works: While the holidays usually call for warmth, love, and all that jazz, this ad combines classic Christmas imagery with humor, and the comedy is at the core of its staying power. Also, people love chocolate.

Feeling inspired yet? Work some of these concepts into your own holiday marketing efforts, and Santa may come early for your Cape Cod business.