A famous Tumblr post that bounces around the internet reads, “A 90s kid? Don’t you mean a sad adult?” It’s been re-blogged tens of thousands of times, shared on every conceivable social media platform, and become a rallying cry for the Millennial crowd.

The argument is often made that our generation came of age riding a wave of unprecedented technological advancement—we spent our childhood biking around the neighborhood and keeping Crayola in business like your typical Gen-X-er, but now we can order pizza by politely asking the robot on our coffee table. The great divide between how we grew up and how we currently live makes us appreciate the recent past in a visceral, palpable way. Have you ever watched a group of Millennials realize “A Whole New World” is playing at a bar? It’s like the Allies are liberating Paris.

We romanticize the past. We yearn for it. And now that we’ve gone public with our nostalgia, we’re getting it back.

The best of 90s history and pop culture is resurfacing: shows are being rebooted left and right; documentaries are diving into the crimes of the decade all over again; and Hollywood struck a deal with us: forgive us for the Star Wars prequels, and we’ll expand this universe until you run out of ticket money. 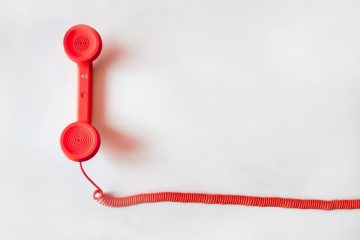 Don’t get me wrong; it’s not all good news. For example, chokers and chunky heels appear to be back. Both grave mistakes.

But as a 90s kid clinging to the tail end of my 20s, I’m in nostalgia heaven. It’s now possible to hit pause on the dark realities of 2017 and consume the important stuff I missed the first time around. I was nine when The West Wing debuted, for instance, but I can experience its brilliance now thanks to the wonders of Netflix. By stealing a friend’s Hulu login information (Millennials are poor, okay?), I can binge-watch Will & Grace as an older, wiser viewer. Last year, The People vs. O.J. Simpson blew my mind, causing me to call my mom after each new episode and ask things like, “Was the trial really on TV every single day?”, “Did you see the Bronco chase in real time?”, and “Why couldn’t Marcia Cross catch a goddamn break?”

It’s possible 90s kids aren’t a special case. Maybe nostalgia is just part of getting older, but it feels significant for those of us who have seen so much change so quickly. In any case, it’s comforting to get a second chance.