Listen. I don’t want to tell you your life, but if you’re not still having biweekly anxiety attacks over the twisted events of Making a Murderer, I can neither understand nor help you. I mean, a wrongful conviction in the first episode? Law enforcement interviewing a minor without a parent or lawyer present? An officer likely planting a key piece of evidence? People appearing to enjoy living in Wisconsin?! It was an absolute roller coaster. 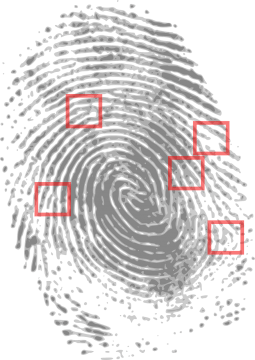 My name is Brittany, and I love true crime. I am all about it. In at least four of my alternate timelines, I am a fierce and cunning homicide detective who is in no mood. I call people by only their surnames. I pore over newspaper clippings late into the night, whiskey in hand. I always figure out what happened, then explain it to my colleagues with the relish of an under-qualified man explaining literally anything.

I’m not crazy, guys. It’s just that I would probably let someone break my arm if it meant I could know for sure what happened to JonBenét Ramsey. And now, thanks to Netflix, Reddit, and a variety of expletive-laden podcasts, I no longer have to pretend to be ashamed of that!

Maybe this interest, to put it mildly, stems from the occasional middle school sick day I spent watching Unsolved Mysteries on the Lifetime network because I was woozy and unsupervised. Maybe my safe and happy childhood made me thirst for danger because I am an inconsolable handful. There’s even a chance I’m the next great criminal of our time, and I’m doing research without even realizing it. Ha! No, but can you imagine? Let’s move on.

Fortunately, I’m part of a huge community of like-minded weirdos who are more fascinated than they are repulsed by people doing horrible things to each other. And I feel very much at home because, according to a 2010 social psychology study, the majority of true crime consumers are women.

Some people are surprised by this: men are considered more aggressive, so why aren’t they the ones seeking out such aggressive content? But I think it makes perfect sense, as women are more often victims of violent crimes, and men are the perpetrators of those crimes roughly always. Living as a woman means always trying to gauge which parts of your environment may be a threat to your safety (but for heaven’s sake, don’t stop smiling for one second while you do it). Given this reality, it’s incredibly soothing to read or listen to true crime stories. It feels like exposure therapy. I’m facing a fear, staring a very real danger in the face and, hopefully, learning something that could help me get out of a scary situation if I ever need to… and I’ll probably need to.

It’s mostly about the newspapers and whiskey, though.