As your trusted Cape Cod marketing firm, KDC provides not only marketing services, but also surprising information in list form about topics you’ve always meant to research but never got around to it. 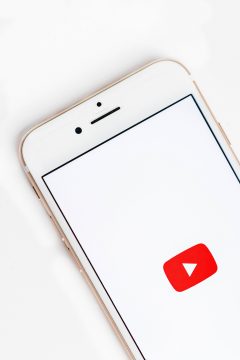 Have you ever wondered, for example, which ten YouTube videos are the most viewed of all time? Wonder no more. They are literally all music videos. These damn kids and their rock and roll.

However, the non-music video list is much juicier. And stranger. Ever so much stranger. Before we check out the top ten, here are some of YouTube’s impressive stats:

Anyway, here are the ten videos that Justin Bieber had no hand in that have garnered the most views:

This animated journey follows some happy children, responsible adults, and whimsical animals as they ride a school bus. Incidentally, do you know how many verses there are in “Wheels on the Bus?” It’s more than you think. Pretty catchy, though. Also, during my one and only viewing of this video, I accidentally sent it into full-screen mode, then my laptop didn’t respond right away when I tried to minimize the window. I saw my life flash before my eyes.

The mascot for ChuChu TV is a cherub with a lollipop wand who looks like Richard Simmons. If I have to know that, so do you.

This video is an hour long! It’s a collection of animated nursery rhymes, but I could only stomach the first one because it was insane. A child (Johny) wakes up in the middle of the night, walks into the kitchen of his family home, and straight up starts eating spoonfuls of granulated sugar from a bag. Bold as hell, Johny. Suddenly, Johny’s father appears and demands answers. Their exchange becomes a song. THESE ARE THE LYRICS:

I’m engraving this on a piece of driftwood for display in my home.

This video is far more manageable, coming in at under three minutes. However, it does begin with the voice of Satan himself letting you know that the “Gummy Bear album” will be in stores on November 13th. Consider my calendar marked.

I have to say, despite the fact that the green gummy bear performing this techno hit looks crazed and homeless, the song itself is pretty fun. Like, if it played in a club after 2:00 am, I would not realize right away that something was wrong. Also, the gummy monster does the robot and travels the world! It’s important to teach the kids to dream big.

I don’t have jokes about this one. It’s perfectly valid, nay, necessary for the good of society. Disney has been introducing children to the beauty of musical theatre for ages. Do you think I’d know anything about Stephen Sondheim today if I hadn’t belted out “Colors of the Wind” on the regular in the late 90s? This sing-along is a masterpiece. Go watch it.

Oh, boy. Let’s begin with the capitalization here. I can accept that the eggs are huge, so the video creator is using Caps Lock to let us know right off the bat. But to lose steam by the time we get to “water slide” is unacceptable. Consistency is key, people.

Anyway, this one isn’t animated, which made me immediately uneasy. But it turned out to be fine: just an egg hunt conducted on and around an inflatable water slide-bounce house hybrid. The eggs really are huge, so there’s that. The egg hunter is Ryan, who is like, eight, I guess? I don’t know how children work. Ryan has a YouTube channel with more than 22 million subscribers. He opens toys and plays with them, then so many people watch the videos that his family probably doesn’t have any debt. Neat.

CoCoMelon is back! Remember? From “Wheels on the Bus!” We were so young back then. This video follows some kids who take a bubble bath and sing about it. The thing is, the song is all about cleanliness and sudsy fun, but it’s to the tune of “Itsy Bitsy Spider!” This is blatant intellectual property theft. I’m disgusted. I’ve contacted the Spider estate’s attorneys.

Okay. You know how some Disney animated classics have a signature song that appears in the movie itself, plus a soulful version recorded by popular singers of the time that plays over the credits, like “A Whole New World” by Regina Belle and Peabo Bryson? This video is the Regina-Peabo version of “Johny Johny Yes Papa.” Don’t worry, the dynamite lyrics remain unchanged.

Also, “the best song for children?” Please. That has always been “Sympathy for the Devil” by the Rolling Stones.

Here we have another compilation of nursery rhymes that lasts nearly an hour. Once you realize that an average episode of Breaking Bad is 47 minutes long, things start making a lot more sense.

If I understand correctly, the “Baby Shark” song is a very big deal. Though its origin is a mystery because I didn’t Google it, it seemed to climb out of the sea one day with primordial determination and begin destroying anything in its path. Parents seem to loathe “Baby Shark” just as fiercely as their children adore it. If you ask me, this earworm is a clear example of the government training the younglings for something sinister. All in good time.

There’s a lot here AND I LOVE IT. Masha and the bear are a tiny Russian schoolchild and a literal bear, so I’m on board from the jump. This specific tale of their adventures begins with the bear reading a book on how to play checkers and then practicing by himself. Way to broaden your horizons, bear! Learning new things is noble, and even more so if you’re a dangerous animal who has been tasked with caring for a small human being. Next, Masha shows up, and she’s all feisty with the bear? Masha, you in danger, girl!

Anyway, these two play a variety of games using one of the checker pieces, Masha doing so gleefully, almost appearing to thrive off of the bear’s frustrations. She then prepares some food so that the name of the episode makes sense. I learned a lot while watching this, but the most important takeaway is this: anything mildly amusing in English is genuinely hilarious in Russian. At one point Masha is like, “Bear! I cleaned everything! I’m hungry now,” and it’s truly a cinematic revelation. I am a changed woman.

So, what insights can be gathered from all this weird content? First and foremost, I think we can all agree that children are powerful and dangerous. While their parents catch up on prestige television, they’re being encouraged to eat sugar with wild abandon and be kind of rude to violent predators. They have to be stopped, but how? I’ll do some brainstorming. In the meantime, consider incorporating YouTube in your online marketing strategy. If you play your cards right, you could become the Masha of your industry.