Remember life before Facebook? Inner peace seemed achievable. You could break up with someone and actually never see them again. The term “Farmville” meant nothing to you. It was a beautiful time, but it’s OVER, and I’m not an idea machine, so this blog post is about Facebook. Get on board. 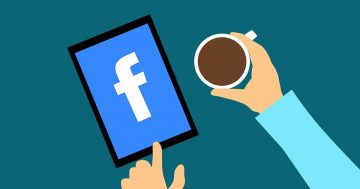 If there’s one thing I’m good at, apart from being unnecessarily mean in the first paragraph of a writing piece, it’s organization. I am not exaggerating when I say that I know where everything I own is. I make and complete a to-do list every single day. My closet is arranged by the ideal temperature at which each piece of clothing can be worn. I am a lot.

A side effect of being what I call “efficient” and what others call “unreasonable and terrifying” is an instinct to categorize. Anything is manageable if you can break it down into specific, tidy bits, you guys! Thankfully, most of life can be easily approached this way, so everything’s gone very well and I’ve never had an anxiety attack ever.

To celebrate my neuroses, let’s categorize our Facebook friends together.

This is someone you’ve known for a long time, but whose actual face you have not seen on Facebook since they had their first baby nine years ago. Their entire profile is now dedicated to their children. Cover photo? A newborn portrait. Profile picture? Madison Grace being so brave during her first ice skating lesson. Shared posts from other pages? Memes about the exhaustive joy of child rearing and/or crucial information about car seats. Like, congrats on your family, Rebecca, but this content is a snooze fest. I don’t even have a plant to take care of, and I’m still feeling secondhand stress over the intricacies of when you’re supposed to switch from rear- to front-facing. I think it has something to do with Mercury retrograde? Also, I don’t care how flawlessly you’ve decorated that nursery. I’ve seen you nearly pass away by a lake behind a cul-de-sac because you had too many Mike’s Hard Lemonades. Children come and go, but those memories are forever. Now invite me over for Christmas.

This person is a social media ghost. They post nothing, comment on next to nothing, and are only occasionally tagged in a photo by a friend who refuses to accept that they’re like, above this whole thing. However, they actually spend more time on Facebook than the rest of us combined. They’re here for intake only, offering nothing in return, a flagrant violation of the social media contract. The lurker relies on everyone else’s self-obsessed tendencies, hiding in plain sight. But they’re there. Trust me. Watching. Watching and waiting.

Aunt Linda is your sweet older relative or family friend who has no idea what your Facebook activity is about but will comment on literally everything you post as a show of unwavering support for all your life choices. Aunt Linda does not have a discerning eye. Whether it’s a Game of Thrones spoiler or a risqué selfie, she is THERE FOR YOU. She doesn’t have HBO and hasn’t even considered that selfie posting is in fact a carefully calculated digital-age mating dance. She just wants you to know you are seen, damn it. Also, she does not appear in her own profile picture. It’s either a photo of her grandkids or like, I don’t know, a boat.

This person has a lot of strong political opinions, but they’re right, so you’re like, “Keep it up, girl! Fight the power!”

This person also has a lot of strong political opinions, but they value their Ford F-150 the way most people value their limbs, and they have literally never spoken to a person who isn’t white, so you’re like, “Wow, I can’t believe I used to be nice to you in French class! Your journey has disappointed me!”

This person has 100% recently joined a pyramid scheme but will not realize it for a few more weeks. For now, they’re clogging up your news feed with filtered images accompanied by colorful language that really just translates to, “Did you know if you have stretch marks, you’re unworthy of love? I know, but that’s the rule! I suggest fixing your hideous body with this magical cream manufactured in Indonesia! I don’t know what I’ve gotten myself into!”

This person’s life is unmitigated chaos the likes of which nobody will ever understand. No one has ever known this level of suffering. They work for their parents’ business and their significant other is being like, such a jerk recently. There is honestly so much to worry about, but they have more than enough time to crank out at least four lengthy paragraphs a week about whatever insurmountable inconvenience recently occurred. So as not to appear ungrateful or whiny, this person will try to balance out these posts with cheesy sentiments like, “Man, when it rains it pours, I guess!” or a too-long series of hashtags. #stop

This person posts a lot of pet pictures. This is fine. Nay, this is ideal. Please keep doing this. I love your cat more than I love several of my relatives.