An inconvenient truth: even if you create perfect marketing content, it won’t pack a punch you unless you know where to find your target audience. 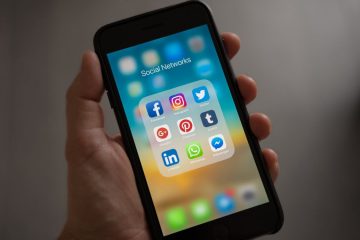 According to Social Media Today, as of January 2017, there are 2.8 billion active social media users globally. And in the previous year, that number had increased by around 22%.

Social media marketing is not a one-horse race; to find potential customers online, you need to navigate several platforms and choose which of them fit your needs. Narrowing this search is important, because 28% of social media users are using just one social media site.

So, where are your customers spending their time online?

Facebook is by far the most popular social media giant. Half of all internet users are on Facebook. It has nearly two billion monthly visitors, most between 18 and 49 years old, with three-quarters of users spending a minimum of 20 minutes on the platform every single day. So you really can’t afford to ignore Facebook when it comes to marketing. With that said, there is a slight female majority among Facebook users, and the platform is the best avenue for reaching Millennials and Gen X-ers.

Instagram, the fastest growing social media platform, caters to a younger crowd. Ninety percent of this its users are under 35, which makes sense, considering Instagram is used almost exclusively on mobile devices. Fifty-three percent of the app’s users follow brand accounts in addition to individuals. This, combined with the recent introduction of Live and Stories features, makes Instagram an increasingly important marketing tool.

Pinterest is all about ‘aspirational marketing’; the site’s slogan might as well be, ‘Pinterest: Showing you how your life could look if you had unlimited time and money!’ Users are mostly women, evenly distributed across age groups, so you can use this site to market to a broad spectrum. Pinterest marketing can lead to concrete results: if users are referred to a product via Pinterest, they’re 10% more likely to actually buy it than they are if another social network suggests it. Also setting this platform apart from its peers is its longevity: a pin has a better internet ‘half-life’ than a tweet or a Facebook post, both of which get pushed down timelines from the moment they’re created. Pin something and it stays relevant for an average of 151,200 minutes (almost like that song from Rent!).

Twitter is the most oversaturated of the heavy-hitter social media platforms. Its growth has slowed recently, and a whopping 53% of its users never post tweets of their own. So for many, this is a passive platform, but there’s a silent audience out there, scrolling through tweets, slightly skewed toward men between 18 and 29.

If you’re looking for customers among the wealthy, LinkedIn, the professional player in the social media game, could be an important marketing tool. Forty-five percent of people who make upwards of $75K a year use this platform, and they’re somewhat isolated: compared to users on other social media sites, LinkedIn users are slightly less likely to use other platforms.

YouTube’s reach is pretty incredible. Around two million videos are viewed every minute, and while slightly more men than women use YouTube, the age range is 18-49. In this broad bracket, YouTube reaches more people than any U.S. cable network, so if you’re comfortable in front of the camera, YouTube marketing could be the way to go.

Ignore Reddit. Reddit is not for marketing. It is for chaos and the crowd-sourced solving of violent crimes.