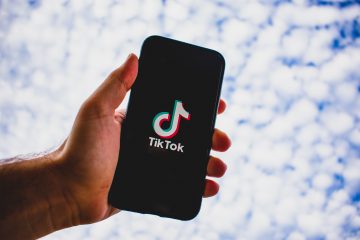 Part of our Cape Cod social media marketing work is keeping up with the platforms. Though the internet is still dominated by the big guys (Facebook, Twitter, Instagram), new social media channels actually pop up pretty frequently. Some come and go as little more than a flash in the pan, but some make their mark. One platform that’s shown serious staying power is TikTok, which made headlines recently as an accomplice to the successful sabotage of a certain political rally held in Oklahoma.

But apart from being a surprisingly effective resistance tool, what’s the story with this new-ish social media giant? We looked into it.

TikTok is a platform for sharing short-form mobile videos, making it similar to its very successful predecessor, Vine, which eventually fell victim to Instagram’s video capabilities. TikTok comes with plenty of filters and editing features that allow users to manipulate videos by adding background music, graphics, and more. Like Facebook and Instagram, there are options for liking, sharing, and commenting on videos.

TikTok was released globally in August 2018, after it combined with popular lip-syncing app Musical.ly. This is when it really took off, and it’s been downloaded 2 billion times since.

As with most social media spaces, the content on TikTok covers a wide range. Some of the most-liked videos on the platform include a dancing ferret, an impressive cat performance to the classic tune Mr. Sandman, and “Kombucha girl,” an incredibly rewatchable video of comedian Brittany Broski trying the divisive beverage for the first time and struggling to decide if she likes it.

The TikTok feed is similar to Instagram’s. Users have a ‘Following’ tab for keeping up with accounts they’ve followed, plus a ‘For You’ tab, a close relative of Insta’s ‘Explore’ feature that recommends videos based on user activity.

The length limit for an individual video used to be 15 seconds, but has been bumped to a full minute, giving users a lot more wiggle room than Vine’s 6-second limit.

The app has birthed a lot of viral trends and hashtag challenges. Scrolling through the feed, you’re likely to see a lot of dancing, pranks, and laughter. There’s more serious content to be found as well, but to this jaded millennial, TikTok seems like a happy place.

According to Hootsuite, this is how TikTok users break down by age:

With the majority of users being under 24, it’s safe to say that TikTok appeals to a younger crowd. The gender split is 60/40 in favor of female users; the women of Gen Z are the platform’s most loyal fans.

Should You Use TikTok?

Now for the most important question about TikTok: Is it a useful marketing channel?

If your target audience is young, it definitely could be. You could take advantage of the huge Gen Z presence on TikTok by a) creating your own channel and sharing content, or b) paying for advertising (though the ad market isn’t as strong as that of other platforms yet). And of course, making your own channel means upkeep. This is a fast-moving platform.

If you’re looking to sell to Gen Z, TikTok is worth exploring. Even better if you have an inside man: an actual member of Gen Z who can manage your TikTok presence. If your customers are older, it’s probably best to leave this platform to the youth. It seems like they know what they’re doing with it.