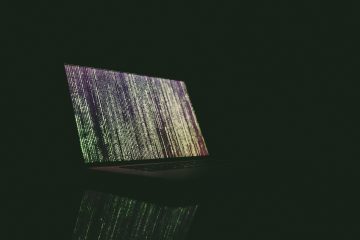 Ah, the internet. The net. The web. At once an invaluable tool for humanity to share information and the source of a majority of self-esteem issues. For those of us who work in social media marketing on Cape Cod, the internet is somehow our workplace, our boss, and our employee. It’s an enigma.

Though it is repulsive to me, the truth is that there are many people alive today for whom the internet is a given. A constant. A fact of life rather than a special mystery you could only access in your richest middle school friend’s den until your own parents finally caved. But for the rest of us, who are still very young and look great, there are memories of a time before the interconnected world we live in today. So how did we get here? It’s a long and complicated story, which I will now present in an incredibly condensed and easily digestible format that is sure to leave out many important milestones. Enjoy!

1961: At MIT, Leonard Kleinrock publishes the first paper on packet switching, a theory on communicating using packets instead of circuits. This is the basis of how the internet works, but I do not understand it, so neither shall you. I gather it is fancy-speak for, “Should we make machines talk to each other? Probably, right?”

1962: J.C.R. Licklider writes a series of memos, also at MIT, on the concept of a “Galactic Network,” a set of connected computers that would allow access to data and programs from anywhere in the world.

1969: The Advanced Research Projects Agency Network, or ARPANET, is created with funding from the Department of Defense, because of course they had a hand in this. ARPANET uses packet switching to facilitate communication between several computers on a single network.

1970s: Robert Kahn and Vinton Cerf develop Transmission Control Protocol and Internet Protocol, or TCP/IP, because if it doesn’t have an acronym, is it even real? This communications model is the beginning of transmitting data between multiple networks.

1972: Email is introduced when Ray Tomlinson writes the software for basic sending and reading of messages for ARPANET developers.

1973: The term “internet” is born, as is Stephenie Meyer, who wrote the Twilight series. Big year.

1983: ARPANET and TCP/IP join forces and begin to construct a larger network containing many smaller networks, the electronic Russian nesting doll that will become the modern internet.

1985: Massachusetts, where the internet is clearly top of mind, lays claim to the first registered domain: Symbolics.com, a website for the state’s Symbolics Computer Corporation.

1993: The United Nations and the White House get on board with the whole online thing. Mistake?

1995: Amazon, eBay, and Match.com show up to fulfill any and all possible needs.

2004: Mark Zuckerberg’s eagerness to rate his female classmates by appearance because he is disgusting leads to the birth of Facebook. Cool!