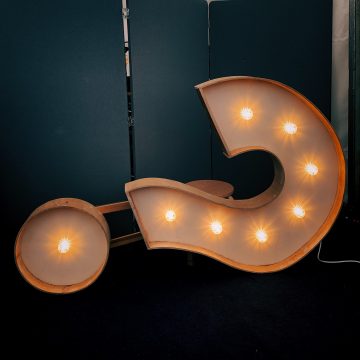 Often, I will have a question. Sometimes, that question will be embarrassing, in the sense that asking it aloud to another human being would reveal deep ignorance on my part. So I don’t ask it. Occasionally, I will Google it, but for the most part, no.

Take, for example, a massive misunderstanding that was only clarified to me by accident a week ago. I was watching a television show that made a quick mention of the phrase, “Don’t look a gift horse in the mouth.” Something about the way the character framed the statement led me to an epiphany: That saying means, “Don’t be ungrateful when you receive something for free,” or, “Please refrain from examining the value of a gift too closely, you selfish beast.” Before that enlightening moment, I had never really understood the idiom, but for reasons that escape me, I had never asked anyone to explain it.

If I’m really honest with myself, I guess I thought I did understand it, and it was just kind of a stupid phrase, which is incredibly pompous of me, but here we are. I always figured a “gift horse” was a horse with some kind of terrible mouth disease that is unique to horses. And the warning about not looking in its mouth was fair, because hey, gross stuff is gross, so for the most part we should avoid it. That’s what I thought it meant! I am 30 years old! In my defense, I was not aware people gave horses to one another as presents often enough for an entire classic saying to be borne from it. But still.

Anyway, I’ve learned my lesson and have decided to make public all of my secret questions, because if I can’t upend my entire deal and try to become a better person in 2020, when can I? 2021? Don’t be ridiculous. Okay, here we go:

That’s all I can handle for now. Please be kind.