You know what’s hard? Talking to people. Most topics are off limits now that we’re in Dystopia: Phase Three, so it’s a real conversational minefield out there. (Also, soon, probably an actual minefield out there.) But you know what’s not hard? Taking a seat and watching a healthy season and a half of prestige television in one go. It’s like slipping into a peaceful sleep, but James Marsden is there! 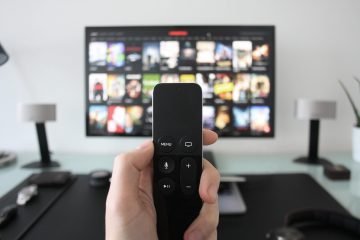 Dabbling in several series is very in right now, but we’ve all still got our show. Our screen soulmate. The one we can’t remember life without. The one that makes our moms say things like, “Oh my god, I’m at work. I will watch it this weekend. Please stop harping on this. I’m worried about you.”

So what does your TV preference indicate about your personality? Whatever I’ve decided! Have a look.

You’re cerebral, cultured, and classy… or just a big fan of gratuitous violence. You have opinions about everything, including how you, an accountant, would make much-needed improvements to the narrative structure, technical direction, and special effects work of a multi-million-dollar pop culture phenomenon built on the efforts of thousands of trained professionals. You start most sentences with the word “actually.” You totally could get a date for your cousin’s wedding, but you’re worried that she won’t be able to keep up with you intellectually. Whoops! Looks like you dropped your beat-up copy of Catcher in the Rye on the floor on your way out of Chili’s. Here you go, man. See you at improv class.

You’ve been on to that troublemaker Zuckerberg from the beginning. You know what an IP address is. You’re very polite to Alexa, just in case. You don’t use a variation of the exact same password for everything from your mobile banking app to your ExtraCare card. You set up your parents’ new TV and are still game to calmly explain to them twice a week that yes, seriously, they do only need that one remote. People call you exclusively by your first initial. You have an Android. You’re our only hope.

You’ve been going through a bit of a dry spell BUT IT’S NOT A BIG DEAL.

You’re a romantic. You dream of adventure, travel, and being irresistible to men who are so handsome it kind of makes you a little angry. Do you know what I mean? Like, when a guy is so good-looking it actually pisses you off? You like to snuggle up with a cup of tea beneath an off-white throw blanket you bought at Pottery Barn, in a well-lit living room where everything else is also from Pottery Barn. You really miss Downton Abbey. You probably have a niece. There is a snack in your purse. Please hug me.

You don’t have a bedframe. You haven’t eaten a vegetable on purpose since you played JV lacrosse. You used to have long hair, and it’s very important to you to pretend you don’t regret it. Your very existence is the result of constant, incredibly draining, meticulously coordinated emotional labor on behalf of your mom, your roommate, and your best friend’s girlfriend Lily that one time you had too many PBRs and cried for a while because the stampede scene in The Lion King reminded you of the breakup that’s been really messing things up for you for the last nine years. Lily had to defend her thesis the next morning, but no hard feelings. You’ve got a lot on your plate.

You are the master of your own destiny. All of your streaming accounts are actually your accounts. Your hair just dries like that. You majored in telling people a thing or two about themselves. You have on more than one occasion used Socratic questioning to reduce a man to tears and stammered conservative trash-babble. When velour sweatsuits were in, you were like, “No. I don’t think so. Certainly not.” Trust that gut, girl. Fight the power.

You, like me, are completely right. This show is so good. Like, it’s so good. If anything, you’re not talking enough about it. None of us are. Reese Witherspoon is giving us the television we deserve and looking cute as hell the whole time. And she’s from the South, so you know she’s probably so nice in person. She is an icon surrounded by other powerful lady tigers who are killing it and deserve all the Emmys. Thank you for your time.