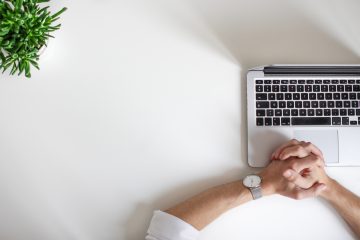 When the COVID-19 outbreak was declared a pandemic in March, our Cape Cod social media marketing work changed. A lot. And quickly.

Here on the Cape and all over the country, pretty much everything shut down, with the giant exception of the internet. Social media has remained alive and well throughout this crisis, but social media marketing has had to adapt along the way.

As a result of the country-wide lockdowns that began in mid-March, people began to consume much more media than usual. Streaming services in particular saw a surge in their numbers, which of course made sense with the lack of much else to do.

Staying home also gave social media platforms a significant boost. According to Sprout Social, consumers changed the way they were engaging with brands online in April of this year, in comparison to March: “Incoming engagements increased on average by 44 engagements per day across all networks and industries. On a per-post level, they also increased by about 7.3 engagements per post per day.”

This sudden upheaval of American lives created a strange social media environment for marketers: people were flooding Facebook, Instagram, and the rest, but they were mostly there for information about the pandemic. There was an unprecedented, captivated audience online, but there could not have been a worse time to try selling something to them. Most brands (those that weren’t incredibly tone deaf) used their social media presence during this stage to spread messages of togetherness and positivity, shying away from their typical marketing content.

April was a big month for social media engagement, but this boom was followed by a bit of a bust. According to Rival IQ, as of the beginning of June, “Engagement rates are the lowest they’ve been in 2020 on Instagram and Facebook, and nearly there on Twitter. The trend downward has been slow and steady since the end of March on all three channels.” The uncertainty we all felt at the beginning of the crisis created a nervous energy that could only be sustained for so long, and a kind of online exhaustion has seemed to follow. Where does this leave social media marketers? Treading a fine line between advertising and backing off.

They’ve dealt with this new landscape in a few key ways, one of which is relying on email marketing. Getting in touch with customers via email has always been conversion-friendly, and with people looking for guidance about how companies are handling COVID-19, e-newsletters and announcements have proved a valuable way to provide information and stay top of mind.

The smartest marketers have also made their content more personal, connecting to their customers with a hopeful message and a strong purpose rather than a hard sell. Sharing posts about togetherness and supporting one another has been important over the past few months. According to MarketingCharts.com, “Some 94% of Americans surveyed say that empathy is important to making society work. The good news for brands is that 8 in 10 (81%) also feel that most brands have shown empathy in response to the coronavirus, with 80% saying the best way for brands to show empathy during this time is to revise the tone or style of their ads and communications.”

Here on the Cape, we’ve reopened to a different social media world than the one we had in February. As the country continues to deal with the fallout of the pandemic, social media marketing will keep evolving as well. If you need some guidance in this new social media marketing world, check out our takes on what to do and, perhaps more importantly, what not to do with your marketing right now. When in doubt, be kind. Nobody was ready for this, and we’re all in it together.